HOT (The Orgel Trio) proves jazz can be done in the church! Together with the impassioned clarinet player Steven Kamperman and the versatile Dion Nijland on bass, Berry van Berkum makes the pipe organ thunder, groan and vibrate with HOT air. And as always, the trio takes the audience along on a journey throughout the building.

Charlie ‘Bird’ Parker was arguably the biggest genius of 20th century jazz. His innovative use of harmony and rhythm was so convincing that a whole generation of saxophonists became addicted to his style. But his harmonic ideas also proved such a coherent and closed building that the next generation preferred to stay out of it entirely.

In 2015, some sixty years after his death, we decided to look how much space we could still find in Bird’s music.

And where better to do that than in the miraculous acoustics of the spatious 12th century Nicolaï church in Utrecht, with six beautiful seconds of reverb. And of course on the instrument that has the strongest link to the building: the pipe organ, with its endless sound possibilities.

Both organs on these recordings were manufactured by the Danish firm Marcussen & Søn. The main organ was designed and built between 1948 and 1956, contemporary with Charlie Parker’s years of fame. After quite a national stir caused by the use of foreign builders, immediately after its introduction the organ was generally regarded as setting a new standard for organs in the Netherlands. The small ‘Sweelinck organ’ was built in 1953 for the Dutch broadcast company NCRV, following the style of an historic organ of Sweelinck’s time.

Thus, the old space of the church with its advanced 1950s organs formed the perfect conditions for the recordings of Bird & Beyond! 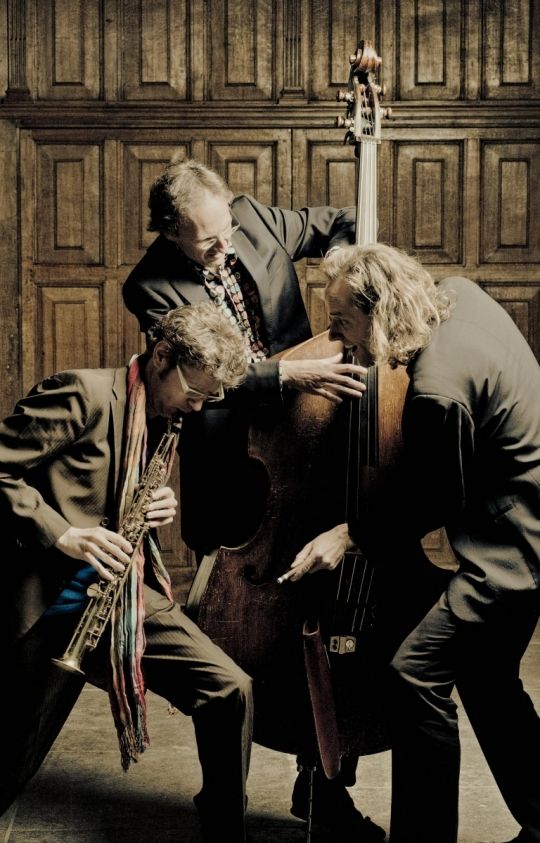 These are three musicians that really met their equals, both musically and rhythmically! Most remarkable are all those beautiful sounds blended by two traditional jazz instruments and one gorgeous neo-barok organ. Talking about the organ! I very much enjoyed the many colourful registrations, and the great toucher and timing. One gets jealous listening to all the chordal and free improvisations sounding as if they were notated note after note.

They play with passion, they play fantastically together with audible joy, and they play with lots of humor, and the result is just sublime – this album instantly gets you in a good mood. Like this you have never heard a pipe organ before.

Don’t expect stiff church music, because 60 years after his death Parker still really swings; although the excellent arrangements of HOT can cause some nice disorganization as well. Impressive!

In 1998, clarinettist and composer Steven Kamperman (1970) did the prestigious Dutch ‘VIP tour’ with his band 1 Step 7 Seas, followed by a tour including performances at the SJU Jazz Festival (1999) and North Sea Jazz Festival (2000). In 2002 – together with the Turkish singer Behsat Üvez – he founded the Turkish-Dutch world-improvisation ensemble Baraná, resulting in a decade of intense cooperation and 6 highly acclaimed CDs. Their ensemble Baraná – in different line-ups – was heard from Mexico to Siberia. Since 2012 Kamperman has been performing with his own Steven Kamperman Trio establishing links between modern, ancient, eastern, and western modal music, and in duo with the famous French hurdy-gurdy player Valentin Clastrier. As a composer for other ensembles, he also wrote several string trio’s and, in 2015, the acclaimed opera ‘Little red riding hood’ for Holland Opera, receiving four star reviews in Volkskrant, NRC and Theaterkrant.

Dion Nijland (1970) studied double bass at the Sweelinck Conservatory in Amsterdam. Besides his activities with HOT (Het Orgel Trio) he plays jazz and improvised music in groups such as Dimami, VanBinsbergen Playstation, The Chronometer’s Orchestra and De Bende van Drie. For almost 10 years Dion was part of Talking Cows, a famous Dutch jazz quartet . In 2006 Dimami took part in The Young VIPs Tour with, among others, Anton Goudsmit on guitar. He has played with a wide variety of groups in France, Germany, Chile, Bolivia, Iraq, Turkey, India, Portugal and the USA. In 2006 he took part in the Oostpool Theatre Group production of Brel, featuring Jeroen Willems in the title role. In 2009 he joined The RO Theater group in the theater play Woyzeck and shortly after did a large tour with the dance company Station Zuid in a piece called Ghost Note: a danced tribute to jazz. As a double bass playing improviser he was musician in residence in his hometown Utrecht in 2009, as well as in Nijmegen in 2011. Dion teaches double bass at ArtEZ conservatory in Arnhem.

Berry van Berkum (1960) studied the organ, improvisation and piano at the Arnhem Conservatory with Bert Matter and Jacques Hendriks respectively. He participated in masterclasses with Harald Vogel (BRD) and Louis Thiry (F), and pursued his improvisation studies with Bert van den Brink and Jan Welmers, and composition with Andries van Rossem and Klaas de Vries. Berry van Berkum was a prizewinner at international organ competitions, including the Dollard Festival (BRD), and has recorded music by Messiaen, Welmers, Bach and others for radio and CD. He is a well known solo player and (jazz) improviser in the Netherlands and abroad. He was appointed organist of the church of Antonius van Padua in Nijmegen in 1990 and is since may 2011 organist of the Nicolaï church in Utrecht. 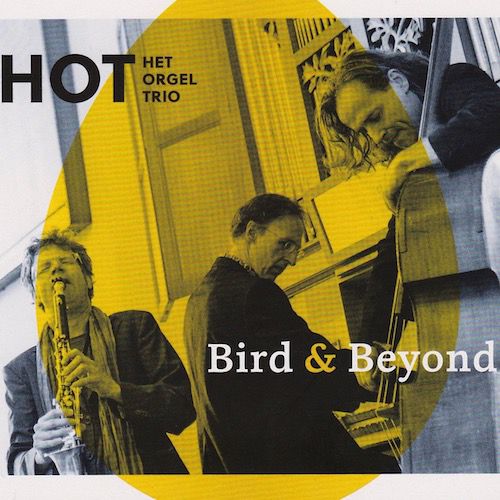 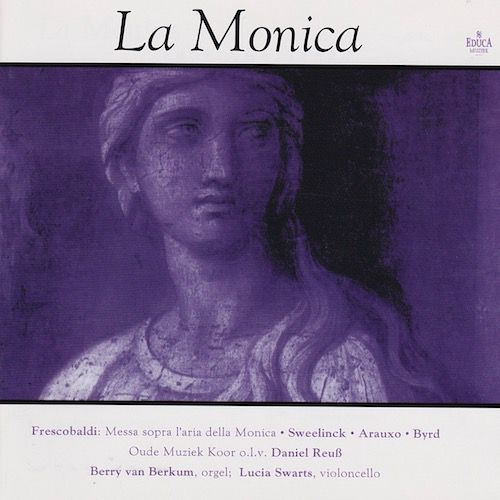 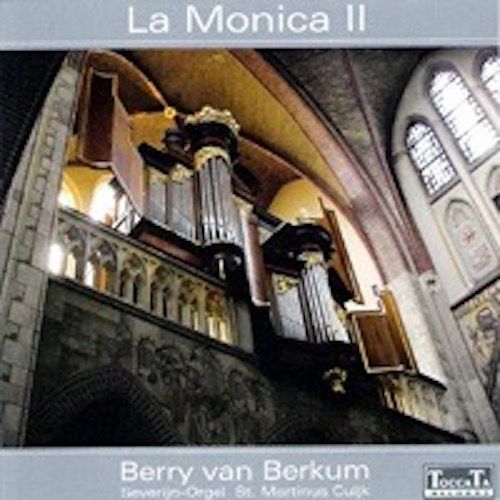 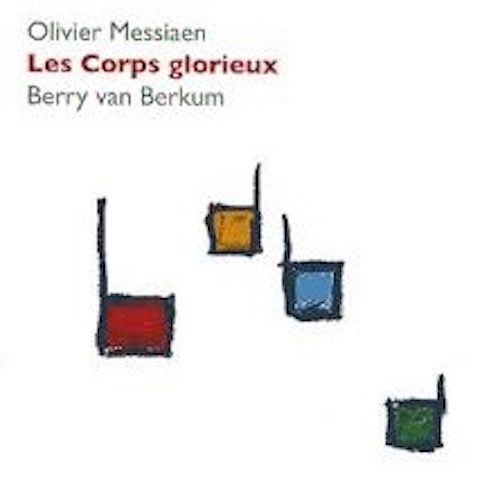 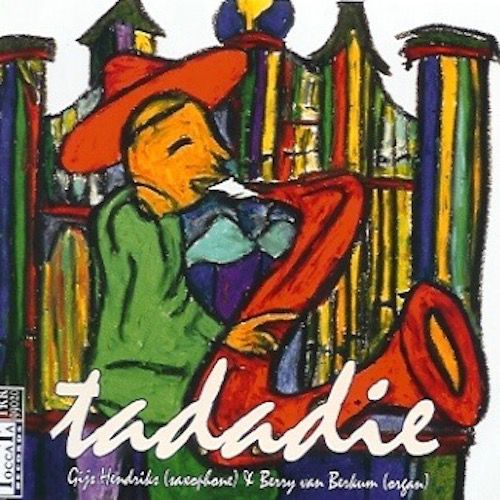